Our good friend Jamie has an older model Nintendo Wii (Family Edition), which she loved.

She reports that they often played games with their kids using the unique body motion-driven gamepads. But she also admits that as her kids got older, they gradually quit playing. 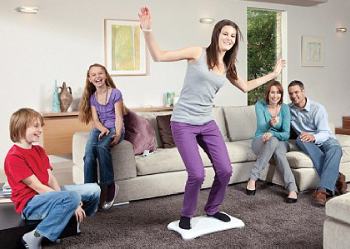 I will not go into any more detail on this gaming console, as Nintendo Wii is not being manufactured or supported any more. As well, third-party game creators (independents or Indies) have not developed any new games for the system in years.

However, Nintendo gaming is still alive and well. Although they report encouraging sales of their latest entry, Nintendo Switch, they remain in third place of the "Big Three" manufacturers, for overall sales of their consoles.

Considering getting a Nintendo Gaming Console? 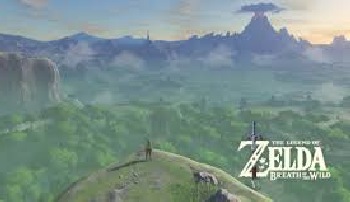 The Legend of Zelda is one of Nintendo's popular exclusives.

You might just say that Nintendo is the "Grandaddy" of all video games. Nintendo Entertainment Systems, or NES, a Japanese company, released its first successful console game in the mid-1980s, and it quickly soared in popularity worldwide.

Flagship games like Donkey Kong, Legend of Zelda, Super Mario Brothers and Duck Hunt kept Nintendo in the forefront of video game development, production and sales in the ensuing decades.

Suffice it to say that Nintendo will always have a place in our hearts due to our fond memories of the old Super Mario Brothers. "Mario" was our first experience with video games, back in the 1980s. 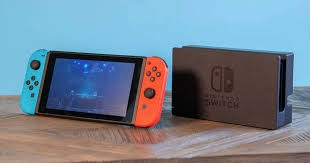 Well now, Nintendo has come up with an innovative new gaming product! 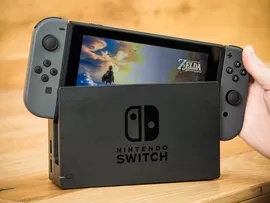 The Nintendo Switch is a "hybrid" gaming device which can be used as a home console with your big-screen TV and then quickly converted to a mobile gaming tablet. All you do is remove the tablet from the dock and you're out the door. Clever!

You can also use the Switch tablet at home as a "tabletop" game, without TV. 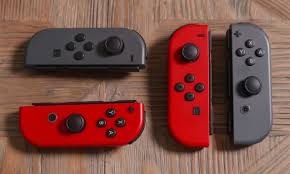 The Switch has two detachable wireless controllers called Joy-Cons; you can play face-to-face or online with other "Switchers". You can link up to 8 systems together.

Both (included) Joy-Cons have motion sensors and HD Rumble, a vibration feedback.

Read all the stats and specs and honest reviews below.

When Nintendo Switch first came out in March of 2017, it was missing the Virtual Console, a collection of downloadable retro games. The Wii consoles and the Nintendo 3DS mobile game could access these popular games.

In early 2019, Nintendo corrected this deficiency by unveiling Nintendo Switch Online, a paid subscription service. It provides access to an expanding library of NES games, including retros like Donkey Kong, Mario Brothers and Zelda. Check out a list of the available games here.

In April of 2018, Nintendo threw it's hat into the Virtual Reality ring with it's Nintendo Labo VR Headset. This device is made of cardboard and works pretty much like a smartphone VR headset (see Google Cardboard Pro VR).

Although the price is right at about $40, the Labo is definitely an entry-level VR headset, heavier than the smartphone model, and not particulary durable. The visuals are also a little grainy.

For a first time encounter with VR, the Labo is fun and intriguing. For more serious exploration, consider Oculus or HTC Vive.

All about Virtual Reality here.

Wonderswitch, one of Nintendo's Indie Games

What are Indie Games?

Indies are video games created by independent third-party game developers, without the financial support of a publisher like Sony or Microsoft.

Indie games can become "cult favorites" and are often refreshingly new and innovative. They are distributed by electronic download. 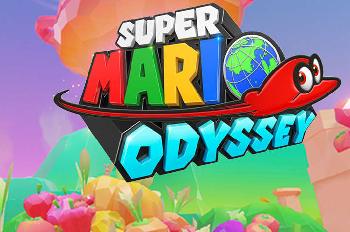 This entire page is dedicated to Fun Addicting Video Games.


Get all the stats, honest reviews and ordering information via our Amazon affiliate link: