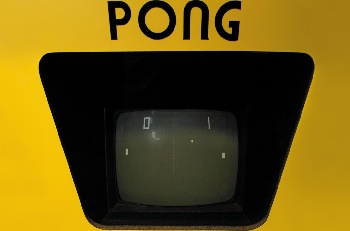 Are you old enough to remember Pong?

Pong was a ping-pong style 2-person video game introduced by Atari in 1972. It is considered to be the very first successful video game. At first you could only play Pong at a video arcade; but in 1975, a home version was released.

Pong then exploded in popularity; other companies raced to develop their own pong-style gaming systems, and the video game industry was born. The Atari 2600 was the first successful home console gaming system.

Compared to today's sophisticated video games, Pong was very basic and simple. Kids today would be totally bored with Pong, but I remember it was quite a thrill when it was released, and we played it all the time. 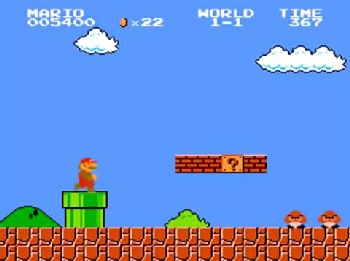 Take a peek at the brief video below to see what Pong looked like (yawn). By the 1980s, video games had advanced somewhat in complexity and visual appeal, as you can tell in these clips of Nintendo's Donkey Kong (1981) and Mario Brothers (1983).

Despite the evolution of video games into the "cutting edge' technological experiences of today, many gamers fondly remember playing Donkey Kong and Mario Brothers as kids.

Such "nostalgic allegiance" resulted in modern re-releases and a whole series of different Donkey Kong and Mario games through the years. Both games remain on the bestseller list.

Although the industry experienced some ups and downs in the 80s, the widespread and continuing success of Nintendo kept the evolution of video gaming on track. 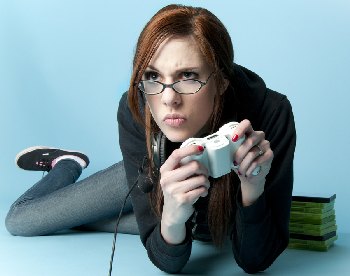 The console game market is predicted to generate $33.5 billion worldwide in 2017! 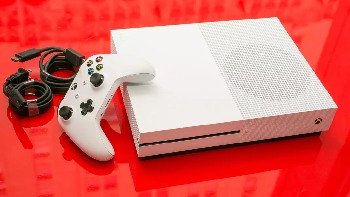 A "console game" is an electonic "box" or small cabinet which is dedicated solely to playing video games.* The device is hooked up to a TV set or other video monitor, on which the game action is viewed. Players participate in the game through the use of "controllers", which translate their hand or body actions into game moves.

The TV used for console gaming should be the biggest screen you have room for. It must have HDMI ports and a minimum High Definition resolution (1920x1080) is recommended.

Read all about 4K televisions here.

* The Internet connection also allows streaming of some movies, music and other services. 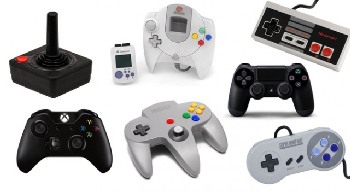 Some more advanced controllers include motion sensors, which can transfer your body movements into a game; your gaming character performing the same actions in the game as you are making in real time.

The majority of console video games are structured for more than one player. Multiplayer games can either be cooperative (building a town together) or competitive (pitting players against each other in a shooting war or road race).

For this reason, most consoles come with two or four controller inputs. Some can expand to four, eight or up to 12 inputs, by purchasing additional adapters and controllers. 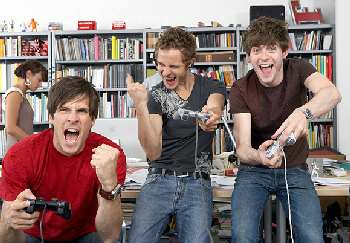 And with the advent of networking technologies and increased Internet speed and capabilities, some games involve dozens of real players.

Massively Multiplayer Online games (MMOs) have hundreds or even thousands of simultaneous players. Obviously, Internet connection is necessary to do this.


Gaming Console Source
Do I Need the Internet? 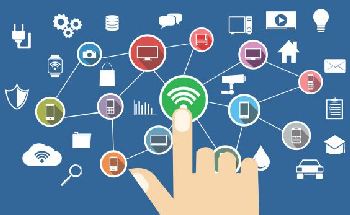 Question: Is it necessary to be connected to the Internet in order to play console games?

Quick Answer: No. You can set up and play games on all 3 of the "big 3" consoles, without Internet access.

Best Answer: In order to get the most from your console gaming system, you should be connected to the Internet. Why?

All three consoles come Internet-capable, via Wi-Fi or Ethernet cable. Each one has it's own Internet Access Network, to which you subscribe. Yep, that means a membership fee to access Internet gaming services for your console!

Most online features on the Nintendo Network are free to use, including online multiplayer; though some add-on content costs extra.

Modest fees to use Nintendo Internet services are planned for 2018. More details on our Nintendo page.


Gaming Console Source
Getting the Games 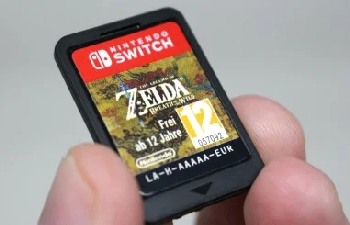 Individual video games can be bought in the form of "cartridges" or compact discs, which are inserted into the console; but it is also possible to download gaming software via the Internet.

"Downloadable content" or DLC, also allows you to download game bug fixes ("patches"), new storylines for old games, and "expansion packs", which add a whole new section to a game, (for a fee).

The "Big Three" major console manufacturers are Xbox, PlayStation, and Nintendo. Although some of the video games from each are identical, each manufacturer sells it's own proprietary version, as branded cartridges, blu-ray discs or downloaded software.

Each disc or cartridge can only be played on the like brand console. In other words, you can only play a Playstation disc on a Playstation console, not on an XBox. 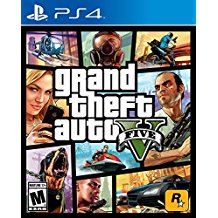 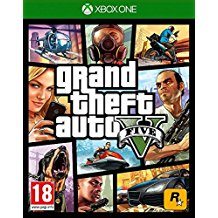 Grand Theft Auto, currently one of the most popular video games, pictured above.

The one on the left is Playstation 4's version; Xbox on the right.

They each contain a branded disc, which are not interchangeable.

In addition, each of the Big 3 console companies also market some of their own exclusive games, not available in any form for the other two systems.

Nintendo in particular offers some very popular (but exclusive) titles. 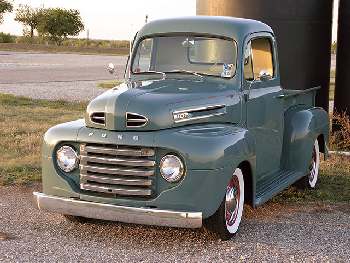 Just as you may encounter diehard Ford, Chevy or Toyota car fans; there are also XBox, Nintendo and Playstation aficionados. So you may already know which new gaming console you want to buy.

Still on the fence? One really good bit of advice I came across while researching this issue was to “Follow your friends.”

If all your buds have Playstations, why would you buy an XBox? Get the same machine your fellow gamers have, so you can share the best possible social gaming experience with them!

If you still haven't decided which console system is for you, you might want to explore these information-packed pages through the links below to help you make an informed decision.