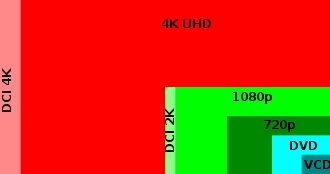 The 4K standard specifies a resolution of 3840 × 2160 pixels (at a 16:9 ratio). What that means is that 4K viewing screens are capable of displaying a picture with four times the number of pixels as your current HDTV (High Definition TV).

*What is HDR? We explain it in the box at the end of the page. 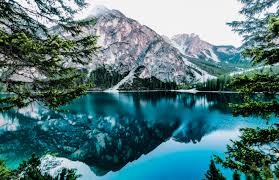 The added pixel density creates more life-like images. You feel like you are viewing real-world scenes instead of "just TV".

This is especially apparent and treasured when playing 4K video games on a 4K console thru a 4K monitor!


Is 4K just another fad which will fade away? 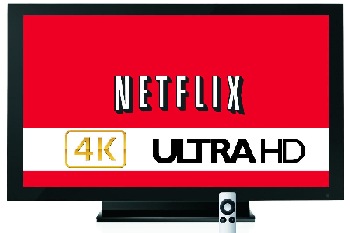 All indications are that the broadcast industry, computer monitor manufacturers and video gaming companies are all fully embracing the 4K standard for their high-end products.

More and more 4K content is showing up online. The most notable proponents are YouTube, Netflix and Amazon. Neflix has been releasing almost all it's new series in 4K, and Amazon is also pushing the new standard.

In the gaming arena, Playstation 4 Pro and Xbox One consoles already offer 4K resolution for serious gamers. (But don't forget you must have a 4K TV or monitor in order to enjoy this new technology.)

Prediction is that by the year 2020, over half the households in America will have 4K-capable TVs.

They are available now; prices are reasonable and still falling. So chances are great that your next TV purchase will be a 4K. 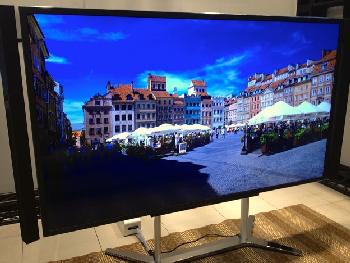 1. A TV
4K is most impressive on large TV screens. There are many more pixels available to fill all that space, so take advantage of it!

For television viewing, get a very large screen, 65" or even larger. This will also work for your gaming needs if there's plenty of room (like in a large living room or den).

You will need a consistent minimum Internet speed of 15Mbps. To be really safe, go with 25Mbps.

An Internet connection is not necessary for watching Blu-ray discs or playing 4K games offline.


How close should we sit to our 4K TV? 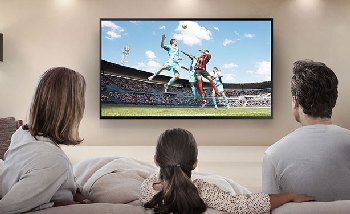 One issue with 4K TV you should be aware of before you buy: the smaller the screen, the closer you have to be to it.

In order to take advantage of (or even notice the difference in) 4k TV, there is a maximum distance you must view it from. The optimal viewing distances are noted below:

Glad you asked! Read all the stats and honest reviews thru our Amazon affiliate links below.

Hmmmm... might as well get an Ultra HD Blu-ray player too!

Maybe one of these will fit the bill:

You may have seen this pop up during discussions about 4K TV, or seen it listed as a selling feature.

First of all, whereas 4K is important and will probably become the norm or standard in TVs soon, HDR is a rather obscure technical feature that is unlikely to influence your television buying decisions any time soon.

If you are a perfectionist electronics nut, you probably aren't even reading this, because you already know all about HDR.

But if you are just a casual gadgeteer, don't worry yourself with this precise but trivial electronics feature.

But what is HDR? Still gotta know?

HDR stands for High Dynamic Range, the very latest in TV technology. In a nutshell, it pushes the superior 4K picture a little further, by allowing more gradations of contrast to be visible.

In other words, dark areas don't just appear "dark", more detail is visible in that darkness. Likewise for bright objects and vivid colors; more shades of color or detail can be seen.

What Equipment Do You Need To See HDR?

All of the major manufacturers' high-end TVs models now support HDR. You may find "HDR" on some midrange and less expensive TVs, but honestly, don't expect any noticeable improvement in picture quality from them.

Streaming services like Amazon Prime Video, Google Play, Netflix, Vudu, and YouTube are starting to trickle out at least some of their 4K content in HDR.

But HDR content so far is fairly rare, and it shouldn't become mainstream any time soon (if ever).

The Bottom Line on HDR:

If you're looking to make the jump to 4K TV in the near future and can afford it, pay a few extra bucks and get one that is HDR-enabled. If you can't afford this high-end high-tech feature, pass it by and don't lose any sleep over it.