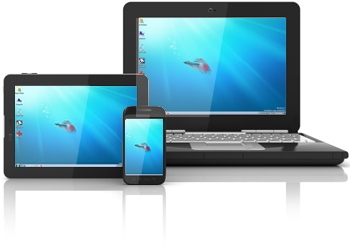 For years, video games on smartphones were limited to very simple ones like Tetris or Snake.

The size of the phone itself restricted mobile games to simple graphics and uncomplicated game platforms like these:


In 2008, Apple launched its first "App Store", which changed the mobile market forever. Smartphone owners started downloading mobile apps of all types, and video games via smartphone took off.

Currently, many smartphones contain the hardware and power they need to deliver an impressive gaming experience "on the road".

Due to the sheer number of smartphones in use today, they are actually more popular for gaming than desktops, tablets or consoles!

The video below illustrates how far mobile gaming has come... from "Snake" to Virtual Reality.

The first half of the video shows a game being played on a smartphone while the viewer is wearing a Samsung Gear VR headset.

Obviously you cannot experience VR in this Video; however, we hope you get the idea of how the headset alters the visuals. It's kind of like playing through 3D glasses, but more dramatic.

The second part of the video shows the totally clever and dirt-cheap VR gear put out by Google. It's made from cardboard, but puts on quite a show!

Click here to learn all about Virtual Reality Gaming. 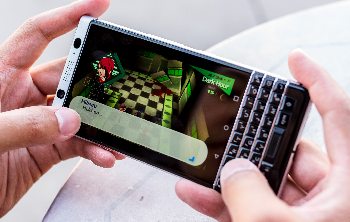 Along with hardware manufacturers, software developers are also contributing to the rapid evolution of advanced gaming smartphones.

The "Big 2" mobile phone platforms; iPhone (iOS/Apple), and Android (Google) mobile are both looking for a share of the mobile gaming market.

We carefully studied over two dozen current gaming smartphone reviews and found that these phones kept popping up over and over again as "best picks".

So, based on screen size, resolution, Graphics GPU, CPU, RAM, battery life, sound and field testing, here are our recommendations for the best gaming smartphones on the market today:

You must read the fine print carefully before ordering smartphones. Make sure they are unlocked and compatible with your carrier. Read and understand the issues here before purchase.

Contact your service provider to check compatibility of the phone.

Surprised at the prices?

You need to think about the engineering miracle it takes to allow a device that small to deliver such an incredible number of services. Calls, texting, internet surfing, photographs and videos, GPS...

Add to that the extra hardware and software it takes to deliver an amazing mobile gaming experience.

High-end smartphones are already giving gaming PCs and console systems a run for their money.

We believe the gaming smartphones will be "King" in the Video Game arena in years to come. 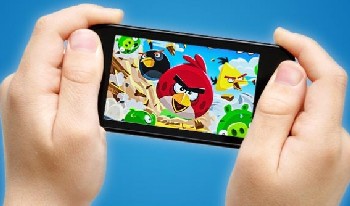 (most are free or just a coupla bucks)

(most are free; others cost about $5)