The issues of "locking" a smartphone, wireless carrier requirements and SIM cards can be very confusing if you're in the market for a new cell phone.

This article will help you understand and make the best possible cell phone purchase for your situation. Cell phones unlocked! 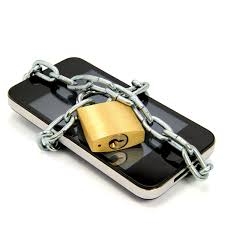 It might help to first explain what a "locked" cell phone is.

Several years ago, most wireless carriers had a marketing strategy of paying the cost of a new cell phone, if the customer would commit to a long-term contract to use their wireless service.

Because they subsidized the cost of the phone, they didn't want the customer to leave with it and sign up with another carrier. They got around this by manufacturing phones that could be "locked" to just their service, and not transferred to another carrier.

Most phone carriers still operate in this manner, with a few exceptions, as noted below.

Today, more and more consumers are purchasing cell phones "unlocked" through Amazon or eBay, instead of buying their smartphone directly from the carrier. This gives them more freedom to to use their phone as they like, and to shop around for better prices, both for the phone and the carrier service.

If you buy a "locked" phone independently (outside the carrier), BEWARE, it is still tied to one particular provider. So our advice is, unless you are purchasing a phone through your carrier, only buy one that is UNLOCKED.

Amazon and eBay generally indicate clearly whether a phone is locked or not.

One last warning: Before purchasing your "unlocked" phone, you need to understand that there may still be some restrictions on that phone, such as GSM or CDMA.

Investigate thoroughly and read ALL the fine print before you buy a smartphone you think is "totally unlocked". Specifically, make sure it indicates that a particular unlocked phone will work with your planned carrier. 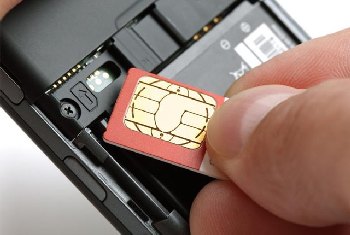 Sim card being installed in a cell phone.

There are two types of carriers in the United States, GSM and CDMA.

GSM phones use a SIM card (small plastic chip that is inserted into the phone). Major U.S. GSM carriers include AT&T, Cingular and T Mobile. When a GSM phone is locked, it can only be used with the carrier who issued the sim card.

When a GSM phone is unlocked, it will work with any active sim card, or can be easily switched from one carrier to another. In other words, you can insert an active T Mobile card OR an active Cingular card and the phone will make a call.

CDMA phones are different; they use a special software code instead of a sim card to operate. Major CDMA carriers are Verizon Wireless, Sprint, US Cellular, Alltel and Qwest.

Unless a CDMA phone is purchased "unlocked", they are locked to the carrier they are programmed to. CDMA phones are much harder to switch to a new carrier, as they require a different software code to be entered by the carrier to unlock the device.

In other words, you can't reuse a Verizon device on Sprint and vice versa.