No matter how well or how often you clean your home, there are some odors that seem to hang in the air for much longer than we would like. The Hamilton Beach TrueAir Room Odor Eliminator can help with that. 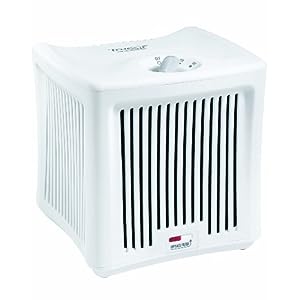 Cooking smells from various foods such as fish and cabbage, the smoky smell from that wood burning stove or cigarette smoking partner or neighbor, pet odors, and of course of those of you who live in old homes or new houses those distinct house smells.

If you are sick and tired of your clean home smelling less than clean, then the Hamilton Beach TrueAir Room Odor Eliminator may be the right home appliance to meet your needs.

Features  of the Hamilton Beach TrueAir Room Odor Eliminator include:

Before purchasing the Hamilton Beach Trueair room odor eliminator there are some things you will need to know and take into consideration in order to ensure that you are buying the right appliance to meet your needs.

Not a Room Air Purifier

The first thing you need to be aware is that an odor eliminator is not the same thing as an air purifier.

An air purifier is designed to remove various types of pollutants from the air including some odors, while an odor eliminator is designed simply to remove or reduce those odors in your home or office.

Odor eliminators do nothing to remove pollen or mold spores, pet dander or other allergens from the air.

While the appliance itself is designed to remove odors from your home, the filters that come with this Hamilton Beach odor eliminator may not reduce the odor from tobacco or other smoke odors in your home in significant amounts.

Instead you may have to purchase additional tobacco filters specially designed to remove those stubborn smoke odors, which may add significantly to your costs as these filters are more expensive that the standard replacement filters.

May not be Large Enough

This odor eliminator simply may not be large enough to meet your needs if you have large rooms.

Designed to clean a space of only 10′ x 10′ which is smaller than the average bedroom or kitchen size, this handy little appliance may simply not be the right size or have enough power for larger rooms.

While it may work well in a small bathroom, or walk in closet the reviews are filled with dissatisfied consumers who purchased this odor eliminator and then tried to get it to clear out odors in rooms far larger that the eliminator was designed for.

Reviews for the Hamilton Beach TrueAir odor eliminator run from good to very good if you dismiss those reviews written by people who tried to use this unit in rooms that were larger than the appliance was designed for.

The largest complaint that dissatisfied users have is in regards to the filters. Complaints about the filters include:

What users do like about this odor eliminator includes:

People who live in small apartments or need an odor eliminator that will work in exceptionally small rooms are pleased with the way this appliance performs.

They like the fact that it does eliminate or reduce a number of annoying odors and leaves their space smelling clean.

However, do to the fact that this appliance is designed for exceptionally small rooms it simply may be too small for the majority of consumers looking for a good odor eliminator.

Click Here To Get The Most Up To Date Price of Hamilton Beach TrueAir Room Odor Eliminator On Amazon.Com

This Honeywell Air Purifier is a great choice as well.

Other Air Purifiers to Consider 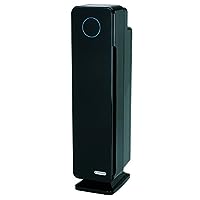 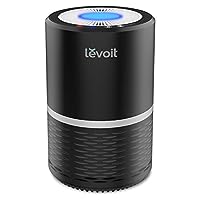 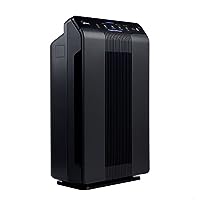